The annual golf match against the “Other” Guildford Probus took place at Clandon Regis Golf Club on 11 April 2019 – ironically, this coincided with the opening day of the US Masters golf tournament – but, unfortunately, the similarities ended there!

Thankfully, the Weather Gods were kind – with glorious spring sunshine and mild temperatures. The Clandon Regis golf course was in good condition for the time of year and, mercifully, the greens were not as fast as at Augusta! On arrival, all the players had an unexpected bonus of a free bacon bap prior to playing and the lunch of pie and chips went down well in the afternoon.

The “Probus ‘83 Team” of 10 players (Peter Brown, Barry Calder, David Bott, David Mayne, John North, Ian Rutter, Leslie Cowie, Chris Greening, David Pugh and John Coleman) battled it out against the opposition led by their captain Mike Collins. The final result was close, with the Guildford Team winning the match by 3 games to 2. The “Nearest the Pin” competition on the Par 3 Sixth Hole was won by Guildford’s Peter Chapman (36 handicap!) and the “Nearest the Pin in Two” on the 10th was won by John Coleman. The “Longest Drive” competition was won by Peter Brown – who was a close second last year.

The Probus ‘83 Team winners of Peter Brown/Barry Calder and Leslie Cowie/Chris Greening deserve congratulations but our Captain lost by a “Dog Licence” – 7 and 6! (Somewhat shamefacedly, our Captain pleads that no excuses are required when one of the opposing players with a handicap of 36 scored 26 Stableford points after nine holes, was five holes up after six had been played and, to rub salt in the wound, won
the “Nearest the Pin” competition.)

The prestigious (?) Guildford Probuses Cup was presented to Mike Collins the Guildford Captain – but why in the attached photograph does he look glum, whereas our vanquished captain (who won the “Dog Licence”) looks like Tiger Woods last Sunday evening? Anyway, despite the final result, all the players had an enjoyable day and we look forward to our next match against Farnham Probus in June. 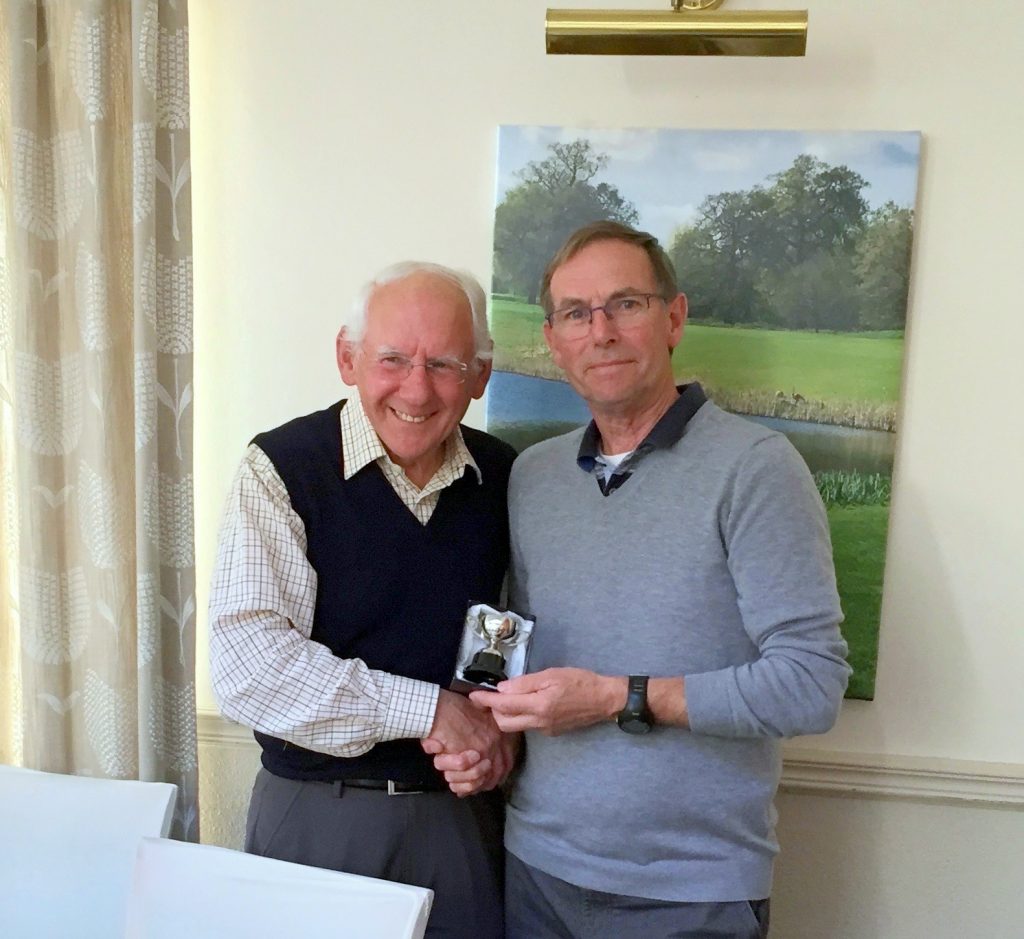