We welcomed as our speaker this month, Dr. Colin Summerhayes, who gave his fourth presentation to us in as many years. 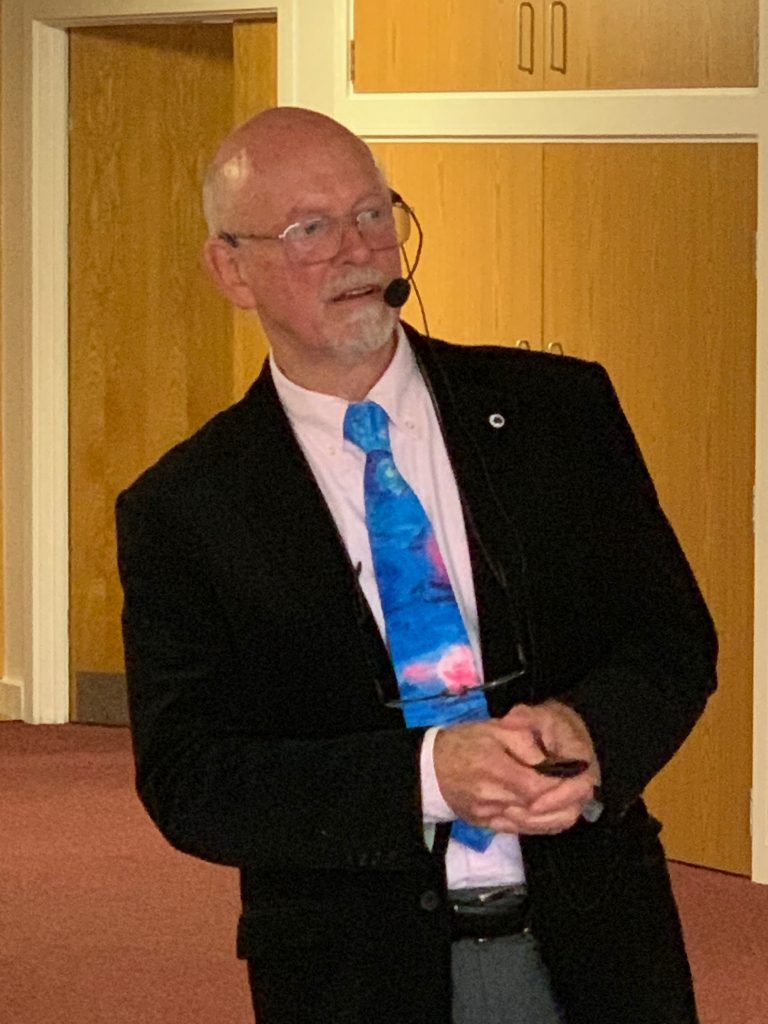 Colin is a marine geologist and oceanographer, an Emeritus Associate of the Scott Polar Research Institute at Cambridge University and currently a member of the Anthropocene Working Group of the International Commission on Stratigraphy.  He is also a member of the ‘other’ Guildford Probus Club, but we don’t hold that against him!

His talk was entitled Welcome to the Anthropocene.

Most geological epochs have timespans of millions of years, (e.g. Cambrian and Jurassic), but what about the Anthropocene – the age of human activity – how long has that existed?  Since the time of Homo Sapiens around 200,000 years ago?  Well, not according to Colin, as he would put the date nearer to 1950 AD!  He gave us a wealth of statistics, which all showed how much the climate, the oceans and, indeed, the geology of the Earth were being affected by the need to feed a rapidly increasing population and to satisfy the ever-growing demands of the consumer society.

However, it is not all doom and gloom.  Some trends are reversing, such as the beneficial effect on air pollution in UK cities brought about by the Clean Air Act, but, as we all know, much more needs to be done very soon if we are to win this battle.

In his vote of thanks, Past-Chairman, Christopher Way, reflected the great appreciation of the members for another excellent presentation.

Have we booked Colin again for next year?  Of course, we have!